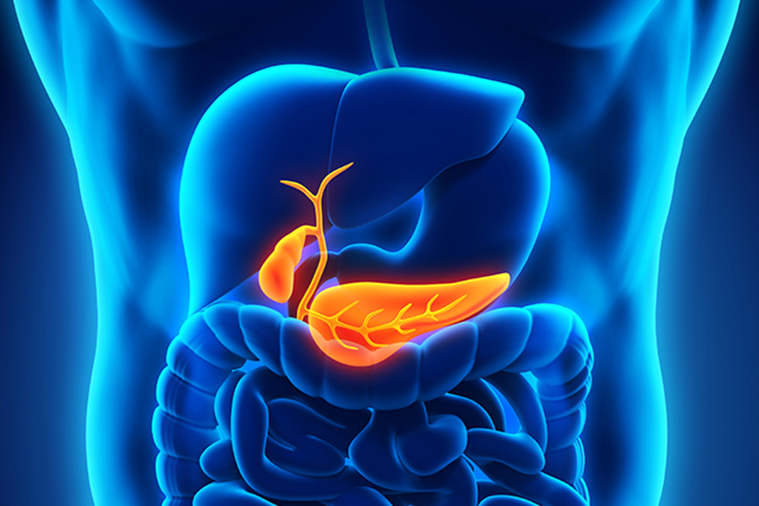 What Is Bile Duct Cancer ?

Bile duct cancer begins in the bile duct. So, for better understanding, we need to know about the bile duct. The bile ducts are the series of tiny thin tubes through which fluid named bile is transported from liver and gallbladder to the small intestine to help the digestion process. Left and right hepatic ducts that exit from the liver meet together to form common hepatic duct at a point called hilum. Down to the gallbladder, this hepatic duct meets a small duct named cystic duct. This is called common bile duct. This common bile duct passes through pancreas and meets with the pancreatic duct that empties in the small intestine at the ampulla of Vater. These are the entire bile duct system and depending on the location, bile duct cancer (cholangiocarcinoma) is classified into following three types:

What Are The Causes Of Bile Duct Cancer (Cholangiocarcinoma)?

The exact cause of any cancer is still unknown. Chronic infections of the bile ducts, certain chemicals, choledochal cysts and biliary worm infestations can lead to cholangiocarcinoma in the long run.

What Are The Symptoms Of Bile Duct Cancer (Cholangiocarcinoma)?

What Are The Treatments For Bile Duct Cancer (Cholangiocarcinoma)?

Treatment of biliary cancer is individualized for the patient.Tumours which arise from the liver need a liver resection.Tumours in the common bile duct need excision of the bile duct or a complex procedure called pancreaticoduodenectomy.These procedures are best performed by experienced hepatobiliary surgeons.Chemotherapy and radiotherapy are unfortunately not very effective in the treatment of biliary cancers.The only hope for cure stays in surgical resection.